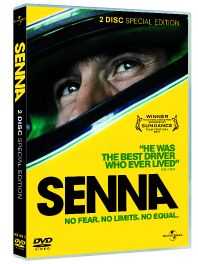 The film about the life of Ayrton Senna has broken the record for the highest grossing opening weekend for a documentary film in British cinema history. And its success means that more cinemas will start showing it from next week.

The film opened in UK cinemas on Friday June 3rd and took $614,000 for the weekend (£375,000), which is a new record for a documentary. For comparison the acclaimed documentary “Touching the void” had gross sales of less than a third of Senna in its opening weekend.

Senna has received rave reviews from critics, with Jeremy Clarkson calling it “unmissable” and BBC movie critic Mark Kermode describing it as one of two “must-see” films this year. It has also had a great deal of publicity in the last couple of weeks, as audiences and media have cottoned on to the visceral quality of the film and its compelling storyline. It seems the film has strong crossover appeal with non-F1 fans equally moved by the treatment.

“We’re overwhelmed, ” said the film’s writer and executive producer Manish Pandey. “The Senna film has come home to the UK and it’s wonderful to see joy with which people receive it.

“We knew we were making something special and it’s great that British fans agree.”