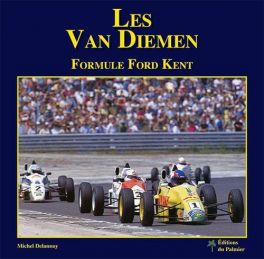 1967 Formula Ford was created in England. The success quickly generates delirium, dozens of manufacturers appear, hundreds of races are organized. Ralph Firman maintains and prepares the cars of Jim Russell's driving school, whose growth is fantastic.

His own workshop preparation is never empty, aspiring champions parade home. But one day, he says he wants to create and no more be only a team. The redemption of all parts Lotus Formula Ford and F3 will trigger the creation of Van Diemen in 1973.

Born five years after the start of the huge boom, this mark will need fifteen years before becoming the worldwide undisputed leader.