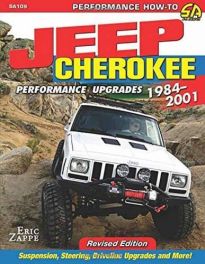 "In the mid-1960s, Ford Motor Company took the automotive world by storm with the release of its new pony car, the Ford Mustang. It was the right car for the right time, and it caught General Motors a bit by surprise. One year later, after seeing the Mustang's enormous sales success, General Motors announced the development of its own pony-car platform, code-named ""Panther,"" to enter the market and compete with the tremendously popular Mustang. And what a competition it became. Chevrolet Camaros and Pontiac Firebirds hit the market in the fall of 1966, and the world clamored for more of these new Mustang killers. Over the course of time, these F-Body cars became some of the most popular enthusiast cars of all time. In The Definitive Firebird & Trans Am Guide 1967 1981, Pontiac expert and historian Rocky Rotella examines each production year of Firebird. Production figures, option codes, running changes, model year changes and variances, rarity, collectability, interviews with engineers, and more are thoroughly covered in what is sure to be the ultimate Firebird reference book for years to come. Complementing the detail and year-by-year analysis is a combination of archival photography from the launch of these cars and beautiful color photos of original and restored examples today. Whether you are into the first generation of F-Body Pontiacs, the first Trans Ams in 1969, the early secondgeneration Super Duty cars, or even the wildly popular Trans Ams from the Smokey and the Bandit era, this book tells the entire story of these immensely popular cars. It is an excellent addition to any pony car, muscle car, or any enthusiast s library."