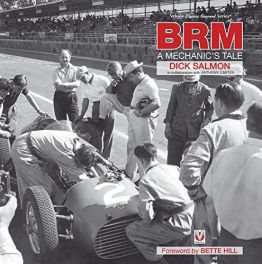 This is the story as told by a man who was both a devoted fan and a loyal team member of British Racing Motors. Who saw and was involved in the repeated failures and humiliating times of the 1950's, through the gradual progress of winning minor races to Jo Bonnier winning the first World Championship Grand Prix in Holland in 1959. Culminating in the ultimate honour in 1962, when, in East London, South Africa, Graham Hill drove the BRM to victory to win both the drivers World Championship and the Constructors Championship for the BRM team. Thereby making a considerable contribution to British motor racing history.