back on trackClick to enlarge product image 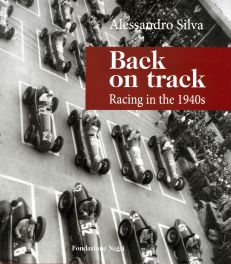 This book is a deeply researched single-volume motor racing history book: 1,080 pages in good English, a thousand of period photos, a hundred of track layouts. “Back on Track: Racing in the 1940s” may be the ultimate reference book on period motor racing.

Browse through the 18 pages of cars listed from AFM/BMW F2/49 (Germany) to Volpini-Fiat (Italy). The races of each car are published together with the reference to the chapter dealing with the event. And, for the top-tier cars, even the serial number in each race is listed.

In short, this monumental work, whose cover title is an unassuming:Back on Track: Racing in the 1940s, is the final and total reference on the 1945-1949 circuit racing. And its value goes beyond those early years after WW2 because many of the protagonists remained under the spotlights after the opening of the Driver’s World Championship in 1950. 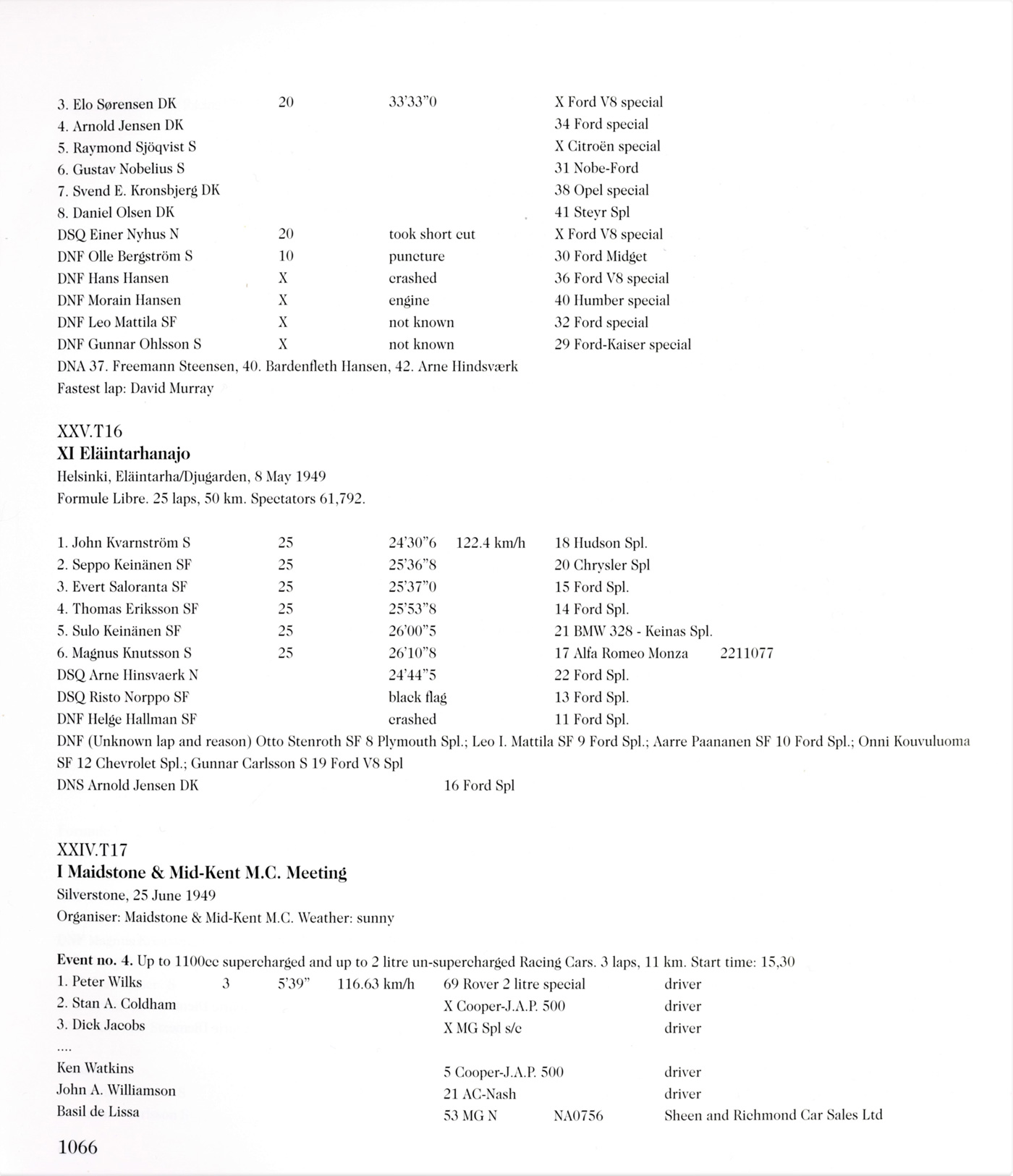 A sample page of the section presenting the details of each race covered in the book. Even minor events in far-away locations are duly reported.

All the above just to sample a taste of the wealth of data, information, and results in a book that pushes the envelope of the concept of “reference”. 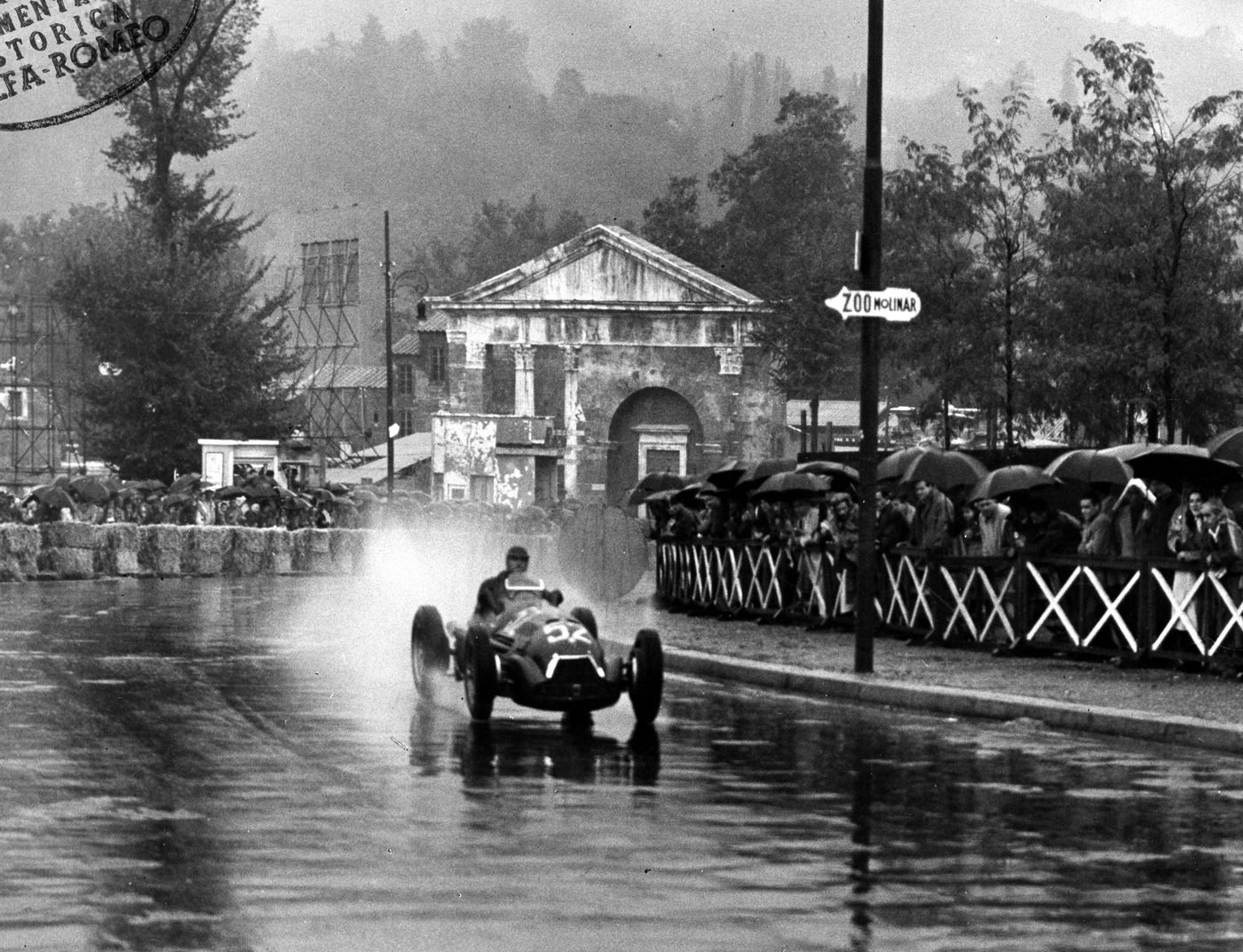 September 1, 1946. Grand Prix racing resumed in Italy, too: at the Circuito del Valentino, Turin, Jean-Pierre Wimille nurses his 158 Alfa Romeo across a heavy downpour. Varzi won on another 158, eight tenths of a second ahead of Wimille. Nine classified out of the 20 starters, including Tazio Nuvolari (Maserati 4CL) who retired at lap 12 of 60. 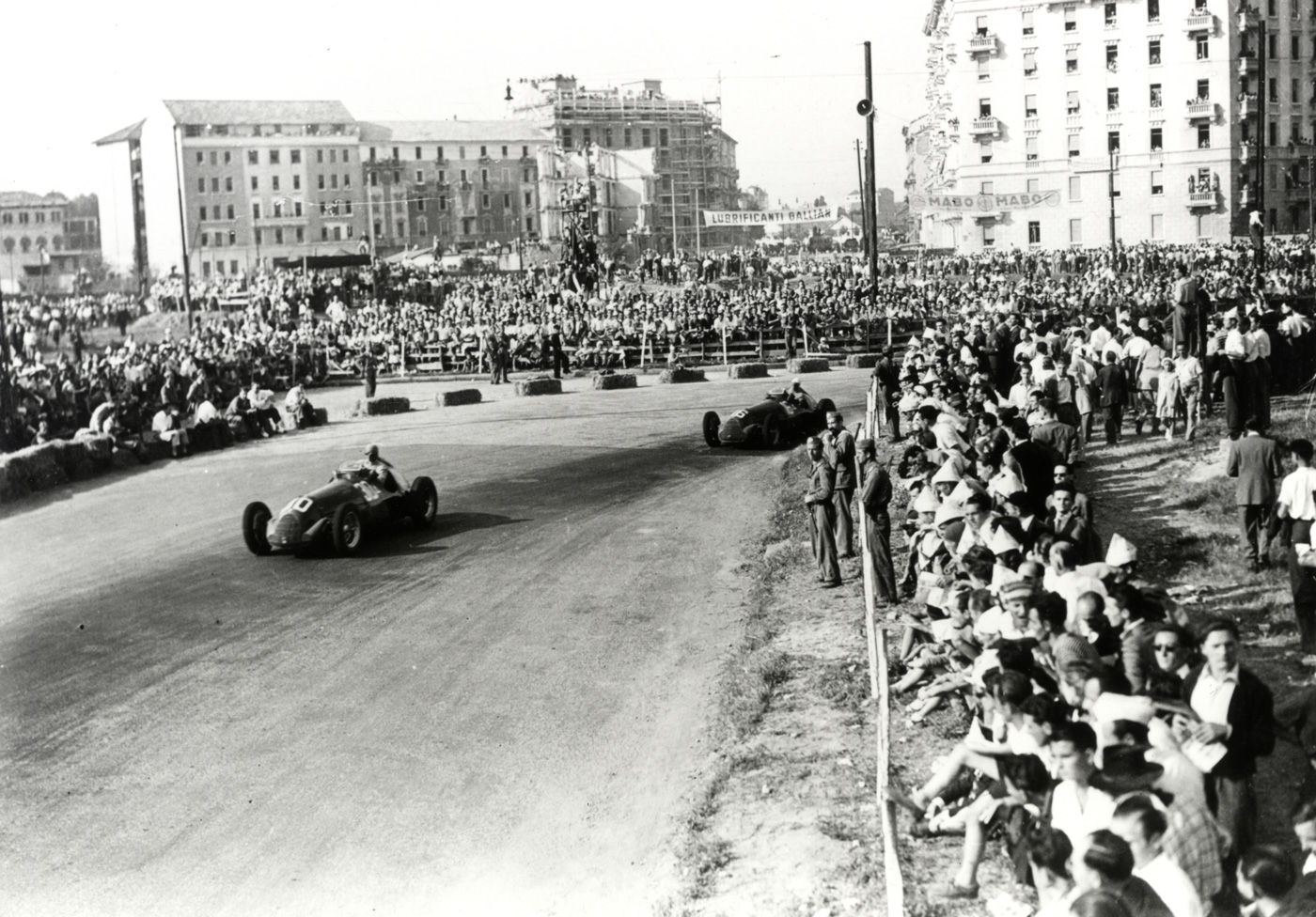 Italian Grand Prix, Milano September 7, 1947. Due to the unavailability of the Monza race track, flooded by the vehicles scrapped by the Allied Armies, the race was held in the streets of Milano, quite close to the Portello factory. Trossi is leading Varzi exiting the circle turn of piazzale Damiano Chiesa. Note the huge crowd, without protection as it was usual in the period. 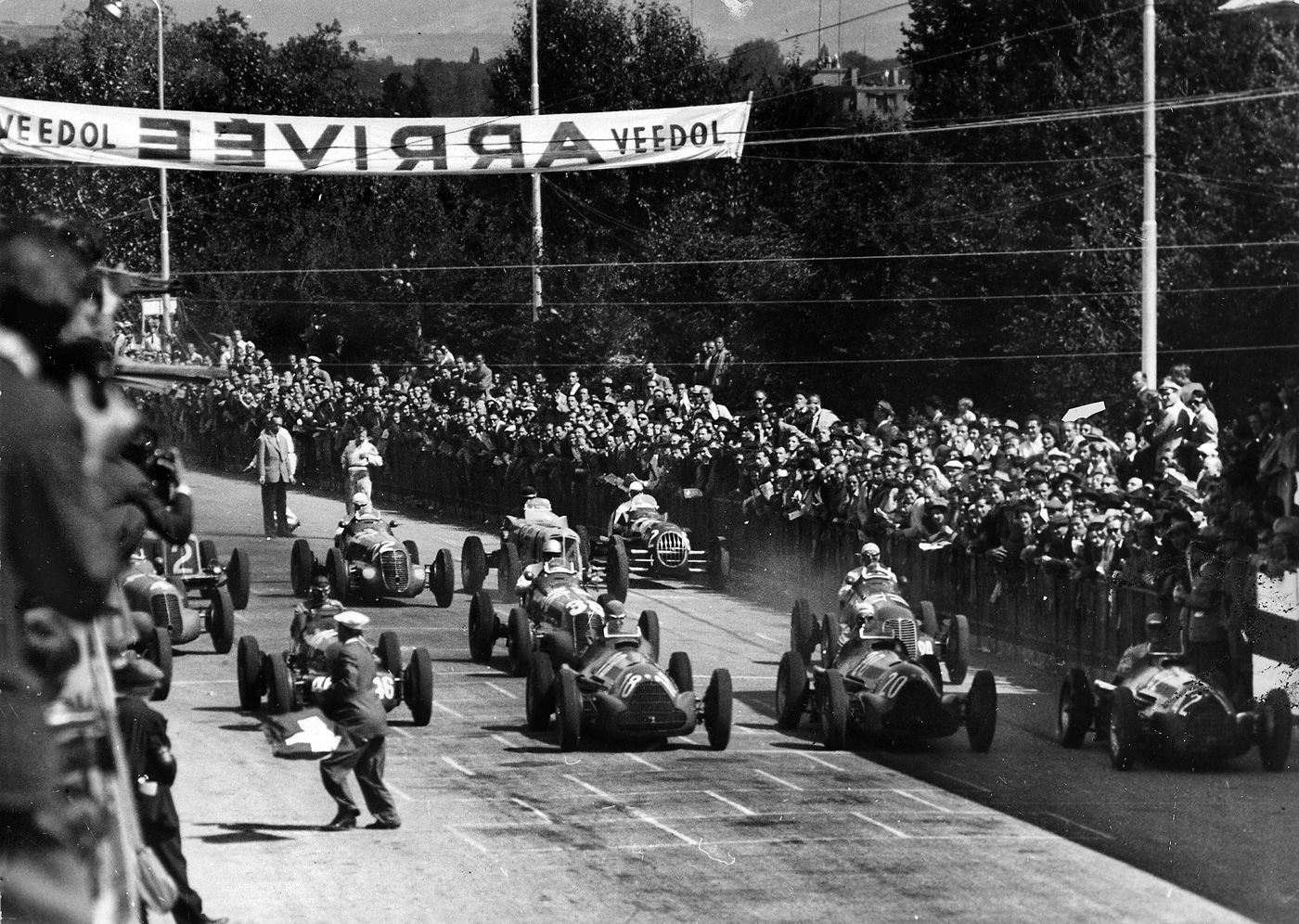 July 21, 1946. Grand Prix des Nations, Geneva (Switzerland). The start of the final. The three Alfa Romeo 158 are in the front row of the grid: no. 18 Wimille, no. 20 Trossi, no. 42 Farina, the winner. Covered by the starter who is running for his life, is Tazio Nuvolari, Maserati 4CL no. 46, who finished fourth trailing the three Alfa Romeos. 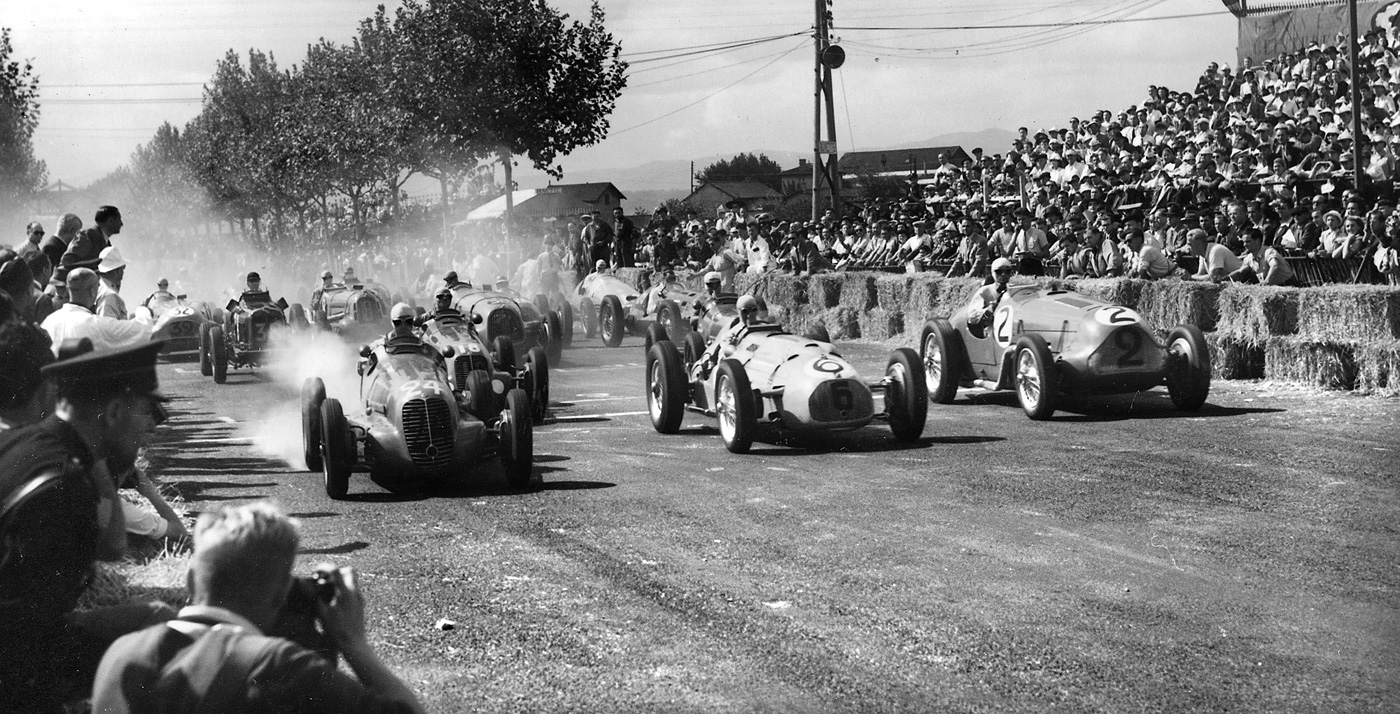 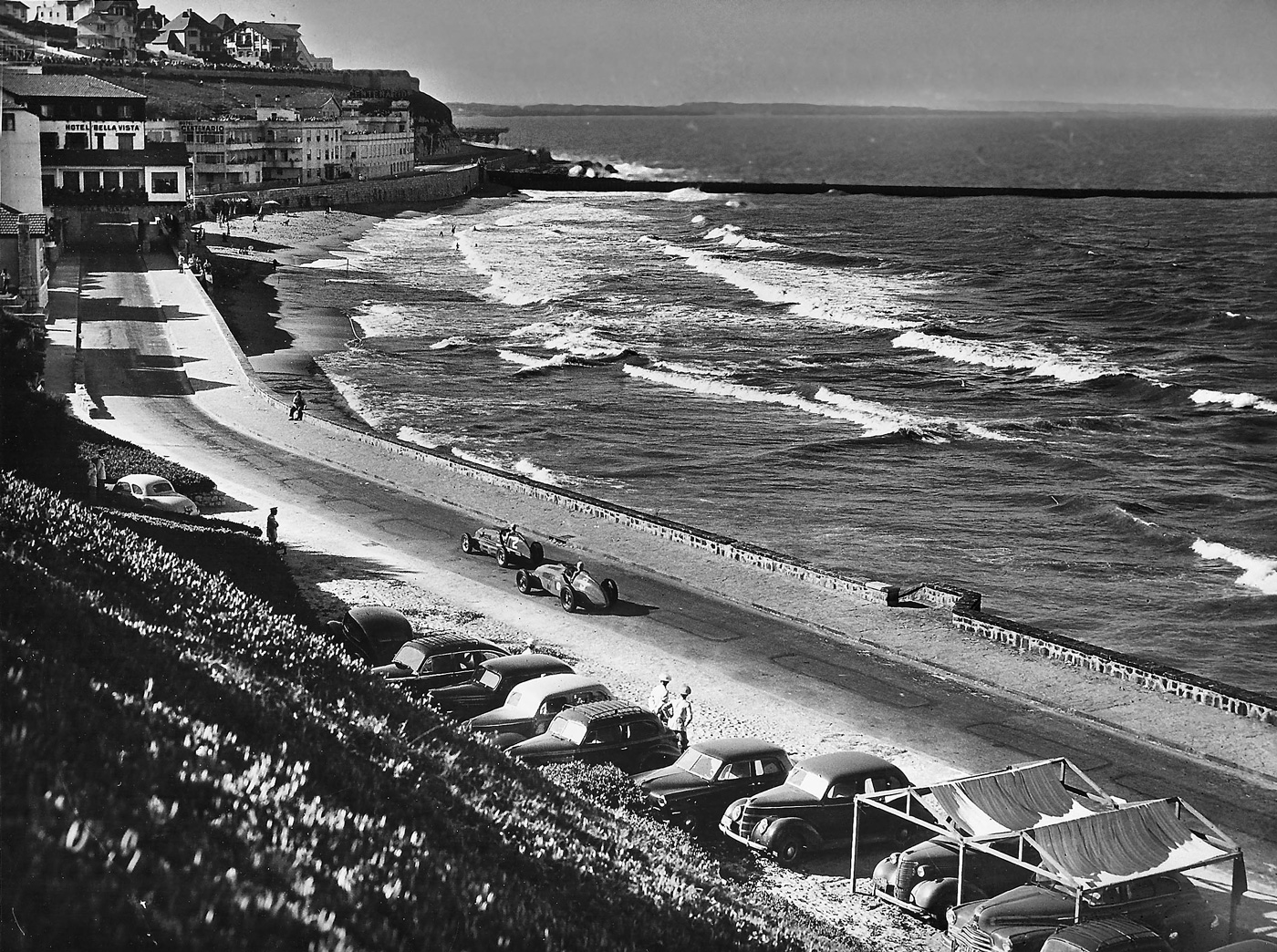 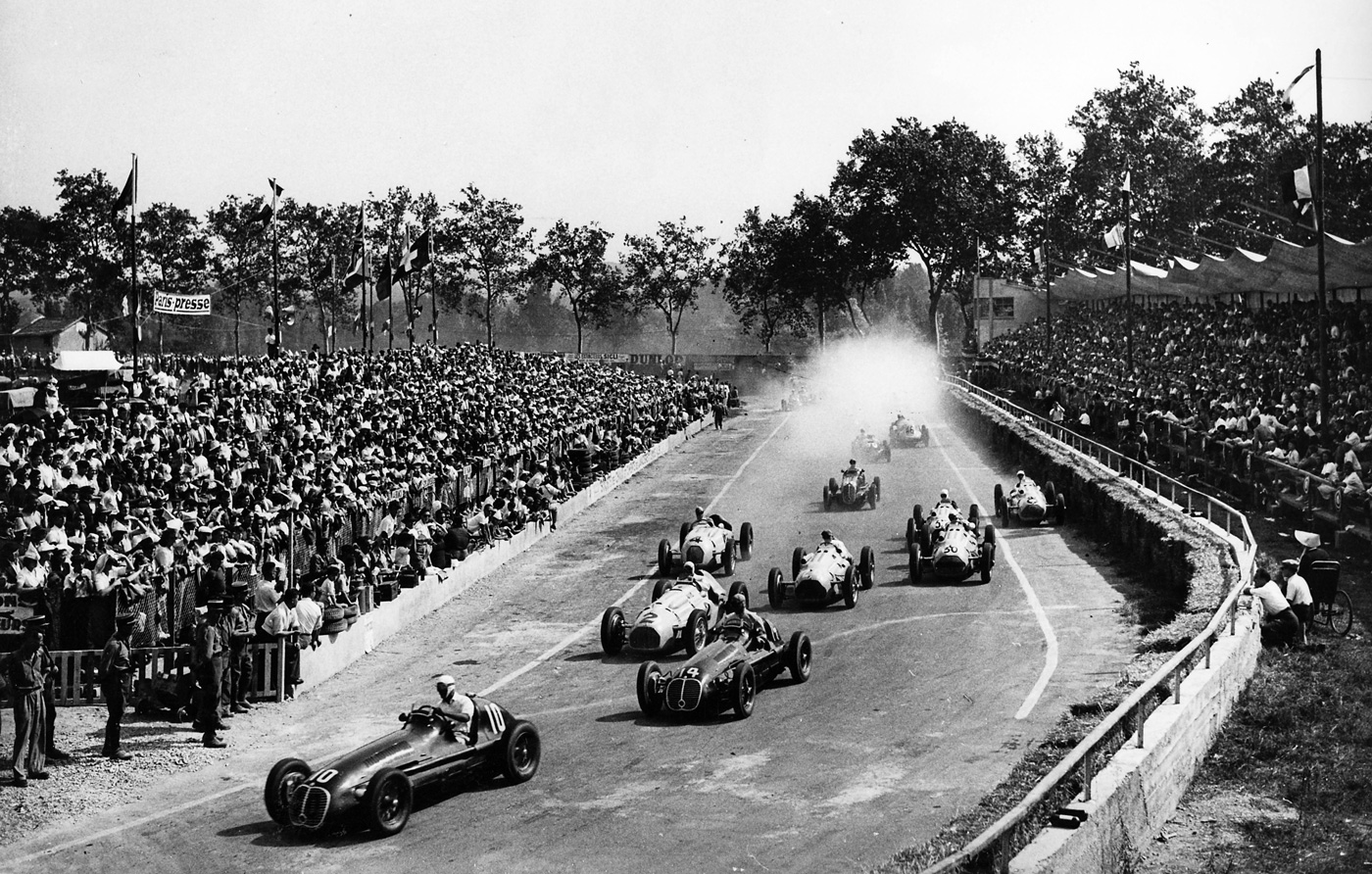 August 29, 1948. The start of the first heat of the Grand Prix d’Albi (France). Gigi Villoresi (Maserati 4CLT/48) is followed by Leslie Brooke (Maserati 4CLT/48 ). The first of the bunch of Talbots is the no. 2 driven by Louis Chiron. Villoresi won both heats and the aggregate classification. Brooke was third in the heat and eleventh overall. Chiron finished 15th in the heat and tenth overall. 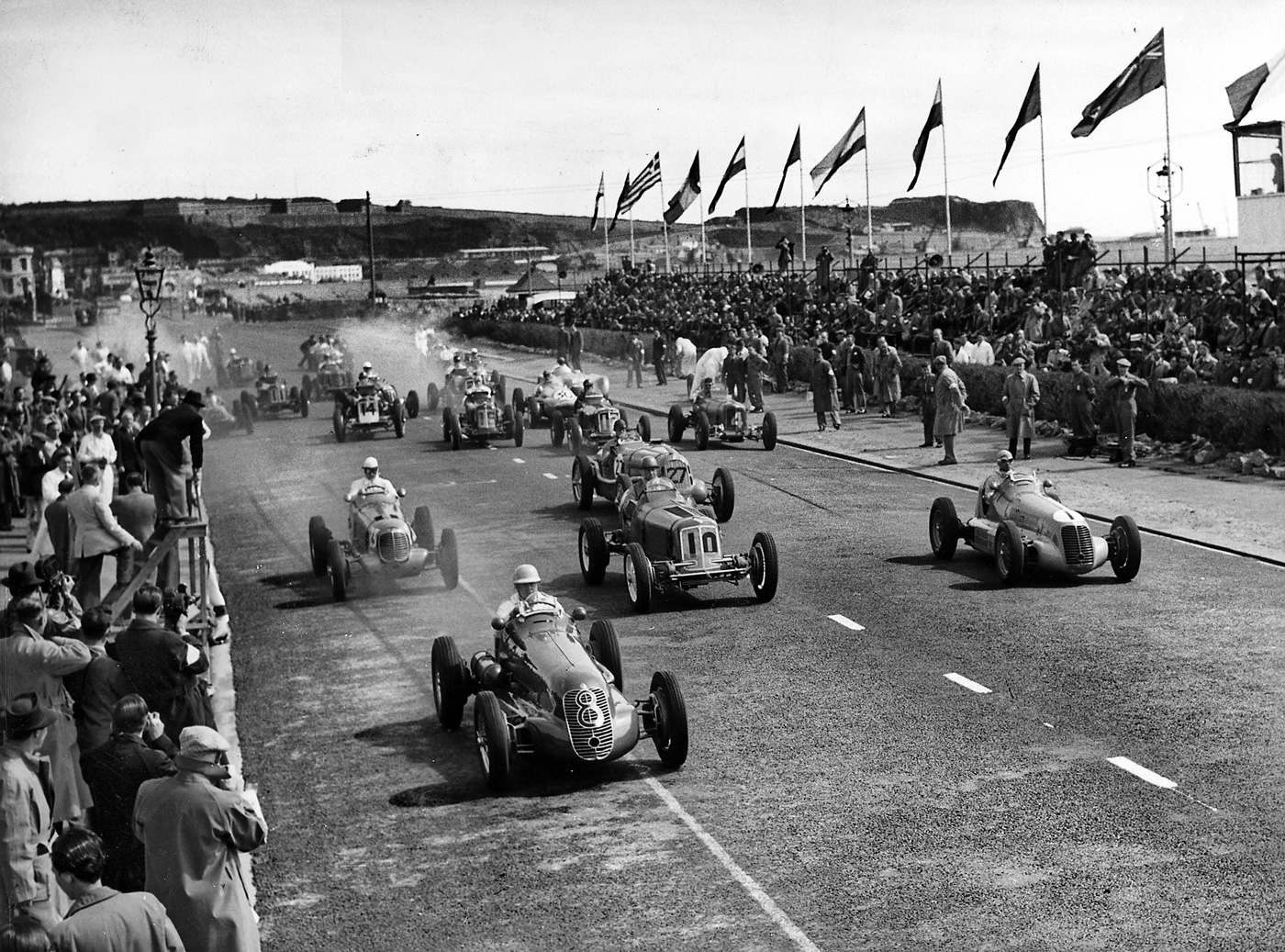 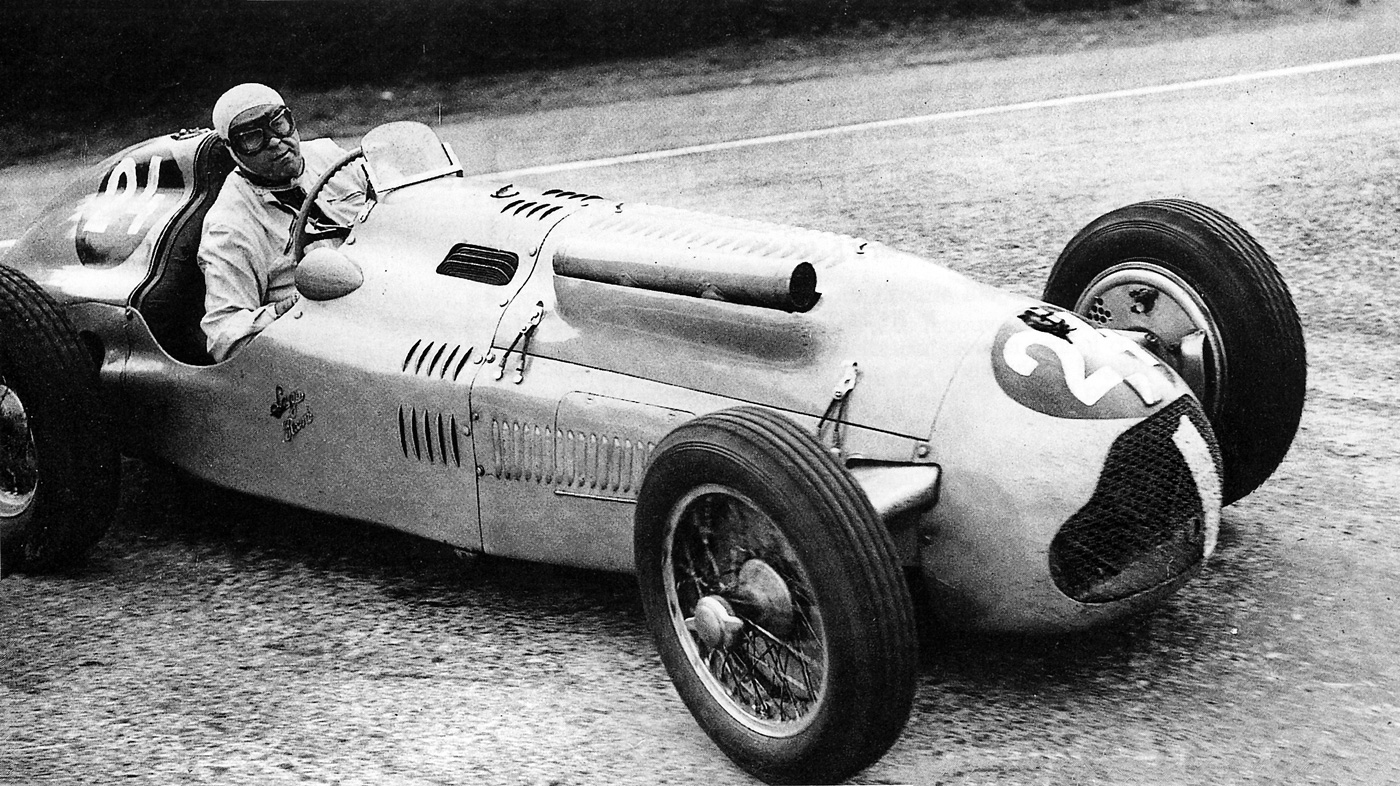 Below is a book review by Doug Nye

Book arrived promptly and safely last week.  I thought I knew quite a bit about 1940s motor racing.  Hah - forget that!  Alessandro Silva's book is a master work on the period.   I am super impressed. It is 1,079 pages of completely fascinating delight - jam-packed with information, insight, revelation and novelty...and the entire piece beautifully illustrated with some fascinating photographs - many of which I have never seen before - and revealing circuit maps.  In particular the driver portraits and personality pictures are immensely impressive - and many of them in fact incredibly rare, wonderfully researched by the author and his friends - including a number of TNF regulars.

I have some minor quibbles about the book's production, text design is rather clumsy and unappealing, proof reading has fallen short in perhaps too many cases, and the chosen cover photograph is simply not sharp enough in focus to have been a wise choice for that purpose. The paper borders on being flimsy and therefore vulnerable to damage - though how thick a 1,000-page book might be with better paper is a totally justifiable limiting factor.  Above all this economy surely minimises the price, and even including delivery costs the end-result price per platinum-plated page (in content terms) make this an absolutely terrific, wonderful, unmissable bargain!

So just don't prevaricate if 1940s racing is an interest - just dig deep and buy!  I can promise you should certainly not regret it...

This is another of those volumes whose intrinsic and historic value will endure loooooonnnnng after the purchase price has been forgotten.