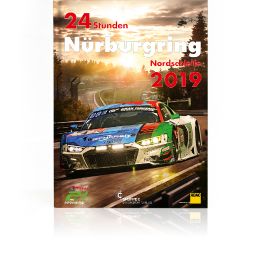 In front of 230,000 spectators, the 47thrunning of the ADAC TOTAL 24-hour race at the Nürburgring seamlessly continued the tradition of previous races. Excitement, drama, tears of joy, huge disappointments and a surprising winner at the end. So, in fact, it was business as usual in Germany’s unique motorsport highlight at the famous Eifel circuit. Even though there were only six changes for the overall lead this time: the race was entertaining throughout and there were permanent changes in second place in particular. Teams were pushing for 24 hours as it were a sprint race. Bumper-to-bumper battles between Mercedes-AMG, Porsche, Audi and SCG dominated the race. Only record winner BMW had a Waterloo: all its top cars were already out of the race before darkness fell.

The long-time leading Manthey-Porsche 911 lost its chance of a victory that would have been deserved as driver Laurens Vanthoor was caught speeding at 172 km/h through a zone with double yellow flags where 120 km/h would have been allowed. A 5m32s stop and go penalty was the consequence. With a faultless effort and a tactical masterpiece, Phoenix Racing celebrated its fifth victory in the 24h Nürburgring. With Audi, Porsche and Mercedes-AMG, three different brands ended up on the podium.

There was some rain in the practice sessions on Thursday, but on Friday morning, the sun came out and brightly shone over the asphalt track around the time-honoured castle. Once again, the fans turned the Hocheifel region into the world’s biggest campsite. From whirlpools and rolled sod up to creative grandstands, they had brought everything. “We simply have the best fans in the world,” race director Walter Hornung said with pride.

Next to the battle for the prestigious overall win, the yearbook is also covering the various classes in its usual fashion, as well as support racers, autograph sessions and heroic achievements. Lap charts and the usual comprehensive statistics section have been included as well. The 19thofficial 24h Yearbook Nürburgring again is a must for every motorsport fan.