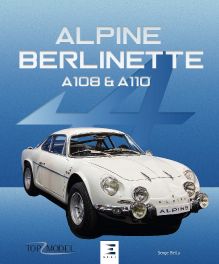 Approximately 7,200 units produced between 1960 and 1977, the Alpine berlinetta was one of the most famous French sports cars of its time. The complete history of its two great series, A108 and A110, is retraced here: the evolution of the production car, but also the major stages of its sporting career, which was crowned with a title of world rally champion. in 1973. The Berlinette continues to make enthusiasts dream. It is one of the most desirable machines in the collectible world and has largely inspired the new A110 that the Renault group launched in 2016.