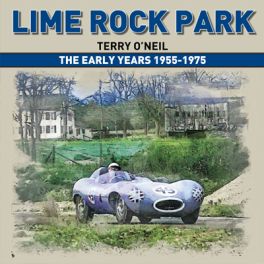 It could be argued that what is the oldest continuously operated road course in America came about more by accident than design. Construction of the course began in 1955 at a time in America when open road racing had been banned in many states, and the use of military and civil airport runways for racing was losing favor with the paying spectators.

Dubbed as ‘The Road Racing Center of the East’ it has a turbulent history, bedevilled by financial crisis, discord with the SCCA New England Region and expensive court cases involving the Lime Rock Protective Association it was a struggle to keep the circuit afloat, but under the ownership of four different people up to 1975 it prevailed against all odds. The book narrates its history of mixed fortunes from its inception in 1955 to the end of 1975, the time period in the book only constrained by space, and contains material unseen before with over 900 images, many of them never published before.