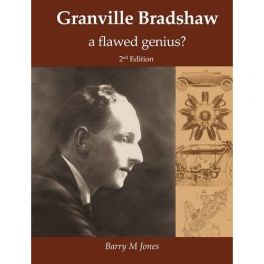 Granville Bradshaw was an engineer and inventor of extraordinary vision. His now legendary, and often revolutionary designs for early aeroplanes and engines such as the Dragonfly, pioneering cars and motorcycles, including the ABC, and his interesting oil cooled engines quickly brought him fame and success. His designs for gambling machines made him a fortune which he then managed to lose as a victim of a shares swindle! Bradshaw's many inventions contributed greatly to the development of the internal combustion engine for a wide variety of uses. In many ways he was very much ahead of his time, producing a stream of new ideas that were frequently not just in advance of the production engineering capabilities then available, but probably decades ahead in terms of vision, design and concept. His life spanned the entire development of the aviation and motor industries from the very early days, right up to the classic era of the '50s. This detailed biography provides a fascinating and absorbing account not just of Bradshaw's life, but also of the engineering development of aeroplanes, cars, motorcycles and even 3-D photography and television in the last century. Although the basic facts on Bradshaw's life remain unchanged, this second edition includes substantial new material especially on Walter Adams, an influential engineer of his time, and of his early aero-engine work which led to the partnership with Bradshaw at ABC. Some 40 new photos and illustrations have also been included.
Show More
Show Less