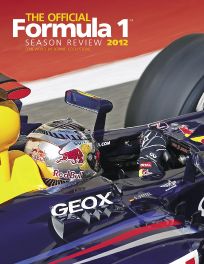 Now firmly established in its ninth year of publication, The Official Formula 1 Season Review 2012 is an essential Christmas Gift for every fan of Formula 1. In the year that sees five former World Champions competing against current back-to-back World Champion Sebastian Vettel for the ultimate prize, and the introduction of revised regulations aimed at closing up tBeautifully produced throughout with stunning colour photography, technical illustrations and graphics. Fully illustrated reports and in-depth statistics for each race weekend of the 2012 World Championship, with behind-the-scenes details provided by the drivers and team personnel. Each of the drivers taking part in a race during 2012 gives an appraisal of his own season. Team-by-team focus and in-depth, illustrated technical review. The ninth year of publication of this now well-established annual, published in association with Haymarket Consumer Media, the world-leading publisher of motor racing magazines (F1 Racing, Autosport, Motorsport News, etc). Large format, lavishly designed. Produced at lightning speed after the Brazilian Grand Prix and in the shops well before Christmas. he competition, here is an unrivalled insight into the on-track action and behind-the-scenes details of the 2012 Formula 1 season, told by the drivers and team personnel involved.