McLaren from the Inside 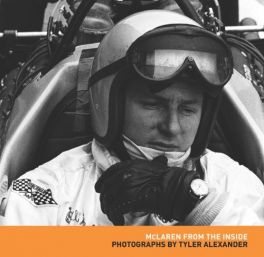 McLaren from the Inside

As a founding member of the McLaren racing team, Tyler Alexander has seen motor racing up close for more than half a century. McLaren from the Inside collects the best of Alexander's behind-the-scenes photographs from two very different eras. Part I covers the team's formative years in the 1960s, while Part II captures the high-tech, hypercompetitive atmosphere of today's Formula One scene. Along with such great drivers as Bruce McLaren, Denny Hulme, Kimi Raikkonen, and Jenson Button, Alexander's images also show the designers, engineers, and mechanics who have made McLaren such a successful motor racing team for so many years.