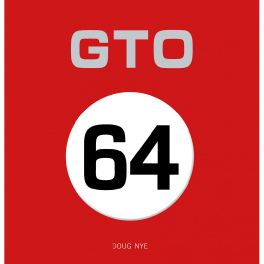 Copies will available in the 1st week of October. Orders will be sent out then.

The 250GT, featuring Gioacchino Colombo’s 3-litre V12 engine, was the mainstay of Ferrari’s road-car production from the introduction of the 250 Europa GT in 1954 through to the 250GT SWB of 1960/61. Throughout that time, the car’s styling, by Pinin Farina, and its underlying chassis and drive-train evolved year on year – subtle adjustments and improvements coming together to create an immediately recognisable family of Gran Turismo Berlinettas ideal for road use and, increasingly, for competition.

Building on the dominance of FIA-sanctioned GT racing that prevailed through the 1950s into the early ’60s, Ferrari’s 250GTs were soon making inroads, at first into local Italian and European events driven by amateur gentlemen racers, but increasingly into major international races, usually entered by concessionaire teams with works backing and professional drivers. In 1961, 250GT SWBs finished 3rd overall at Le Mans, 4th and 5th in the Nürburgring 1000Kms and won outright in the Spa 500Kms. 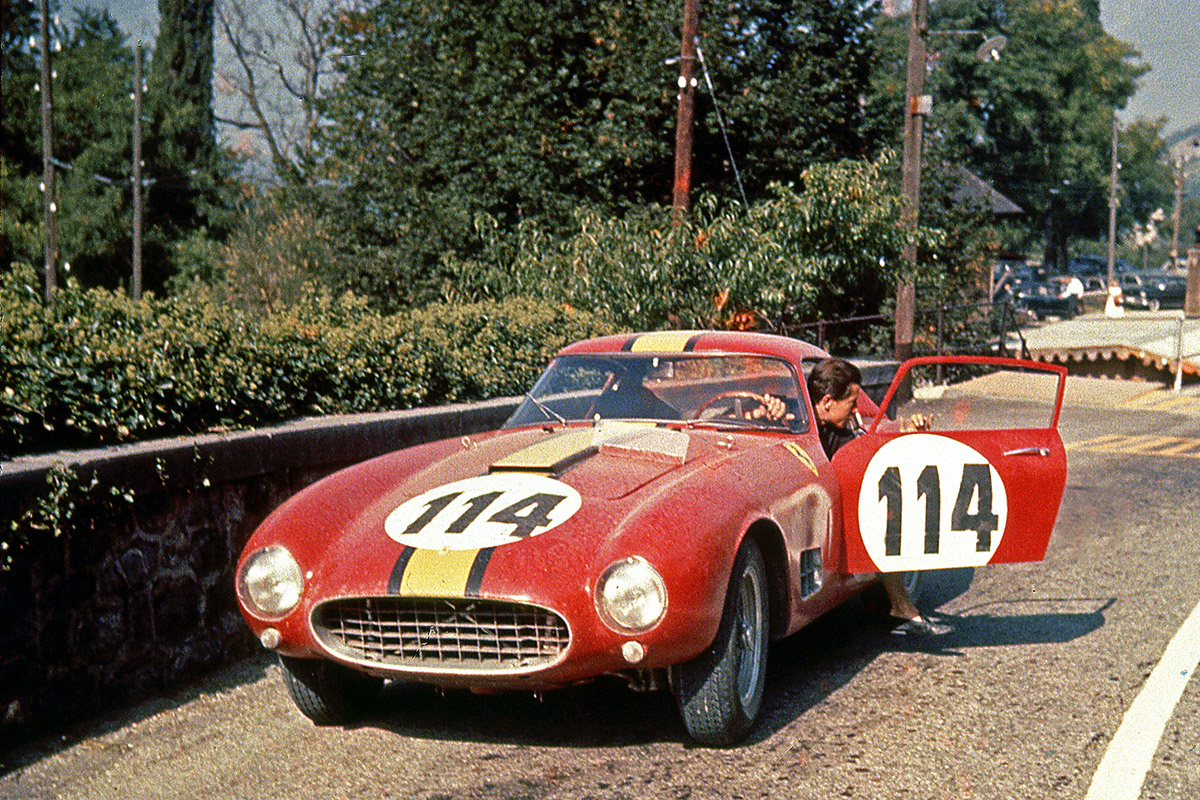 Olivier Gendebien’s 250GT Tour de France at rest, before going
on to take victory in the 1958 Ollons-Villars hillclimb, Switzerland.

Faced with increasing competition from the new and popular lightweight rear-engined sports racers that began appearing in the early 1960s, Ferrari introduced the 250GTO for the 1962/63 seasons, based on the chassis of the earlier 250GT SWB, but with an all-new, more aerodynamic body design developed by the factory in collaboration with local Modenese coach-builders Carrozeria Scaglietti. And racing success continued, GTOs taking 2nd and 3rd places overall at Le Mans, plus another outright win at Spa in 1962, a feat repeated in 1963.

But the times were changing and even Ferrari had to bend to the inevitable, introducing the rear-engined 250LM and the 250P in 1963. The early flowering of GT racing as the dominant form of motor sport was drawing to a close.

This intriguing story is explored in the opening chapters of the book, with an emphasis on the evolution through the 1960-61 250GT SWBs leading to the introduction of the homologated-for-race-use 250GTOs, with detailed chapters on the development of the car’s styling and the subtle adjustments to the chassis and drive-train. 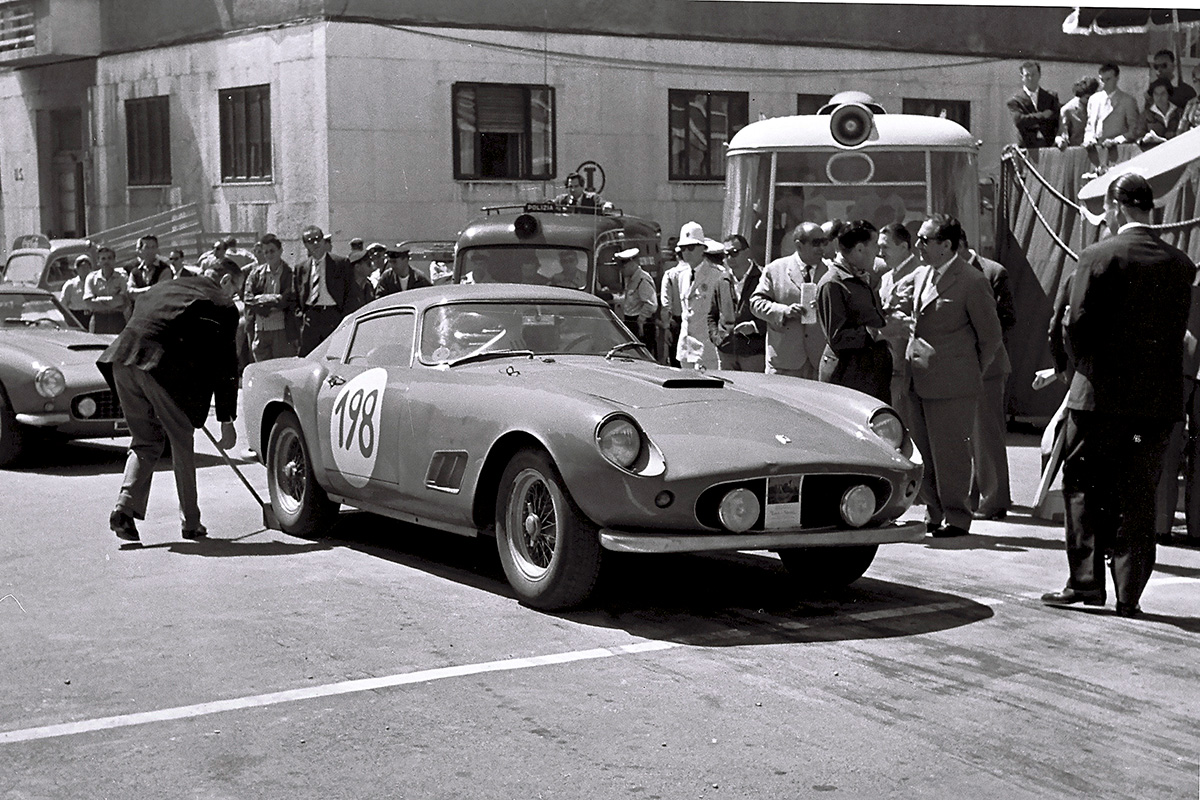 Edoardo Lualdi on the start line for the 1960 Trieste-Opicina hillcimb in his 250GT LWB. He would
subsequently acquire a short-wheelbase version, better suited to the twists and turns of Italian mountain roads.