Porsche Panamera: From Idea to Perfection 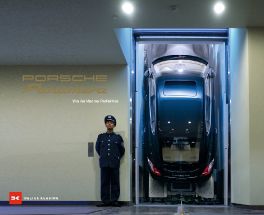 Porsche Panamera: From Idea to Perfection

The evolution of long-distance comfort

In 2009, an idea took shape that has played a role several times in the history of the Porsche company - that of a powerful, four-door touring sedan that also has sporty genes. In 1988 this goal was almost reached with the prototype 989, but for strategic reasons it was decided against series production. It would take more than twenty years for this vision to become reality with the Porsche Panamera.

That the design of this fourth series was strongly reminiscent of the Porsche Cayenne? No coincidence. Not only was it reserved for the Cayenne to be the first production Porsche to have more than two doors, but it also paved the way for the layout with a water-cooled front engine and rear or all-wheel drive. The Panamera complemented these characteristics with extremely sporty handling, which brought it closer to the 911, and the luxurious interior, which turned it into a rolling business lounge. The second generation available from 2016 refined the range in every respect and also expanded the range of engines with advanced hybrid technology.

This book invites you to explore the history of the Porsche Panamera.

The first comprehensive book about one of the most successful Porsches, from the first thoughts from the 1950s to today - up to the Panamera G2, which is the Porsche of choice in many countries around the world, both as a sedan and in the form of the Panamera Sport Turismo .